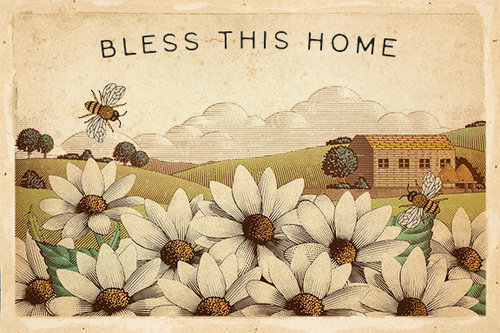 One of the most fascinating stories in recent history is the evolution of bees, and the role they have played in society. Not only are they vital to our world, but they also helped develop a whole new industry. We enjoy taking a look at what has been going on with bees these days, as well as how we can all help create a safe future for them.

Bee History, (Almost) From The Beginning

It’s a lot of fun checking the archives and reading about bees before they became so popular in our lives.

We hope you enjoy reading the article as much as we did!

Facts and Fancies About Bees

We have knowledge and history of bees for more than 2,200 years. Aristotle speaks of three different species of honeybees. Virgil speaks of two, the better variety being spotted or variegated and of a beautiful golden color. This variety recently has attracted much attention among beekeepers, for it still exists after lapse of 2,000 years as separate and distinct from the common kind.

Honey was a favorite food in ancient Egypt, and to obtain the greatest possible amount from each hive of bees they were transported on boats from a place along the Nile, according to the succession of flowers.

This custom also has been long in vogue in Persia and Asia Minor, as well as in Scotland when the breather is in bloom.
In Poland bees are transported from their winter quarters to summer pastures and back again in winter.

A floating beehouse has been in use on the Mississippi large enough to accommodate 2,000 hives and is intended to keep pace with the blossoming flowers that none of their precious sweets may be allowed to go to waste.

In India myriads of bees inhabit the trees along the banks of streams and the jungles of the central provinces, the honey furnishing a favorite article of food for the natives.

After being thus robbed of their nests they become exceedingly fierce, and so violent are their attacks at times that travelers often have miserably perished from their stings. They say it is better to be chased by almost anything from an elephant downward than by a host of angry India bees.

Some tribes of Indians call the bee “the white man’s fly,” for the domestic bee, was not known in America until the white settlers introduced it west of the Mississippi in 1797 and in California in 1850.

It is estimated that from May to October, after visiting tens of thousands of flowers, a single bee gathers only about one-quarter of a teaspoonful of honey.

The history of bees is long and interesting. Did you learn something new you didn’t know?

Honey bees have been around for more than 100 million years, and their work is essential to the human race. When you think about it, honey bees are really quite special creatures in the history of life on Earth. Not only do they produce honey, but they also pollinate plants. They’re responsible for over two-thirds of all food crops that we eat.

In fact, they’re so important that many countries have laws protecting them from being killed or harmed in any way. But still, this is not enough. Many bees are endangered because of habitat loss, climate change and pesticide use.

It’s tough to imagine living in a world without bees. It would make for a sad, empty one, indeed!

Beekeeping Course for Beginners in Clark County, Ohio: Everything You Wanted To Know But Were Afraid To Ask!

The 15 Most Inspirational Quotes from ‘The Secret...