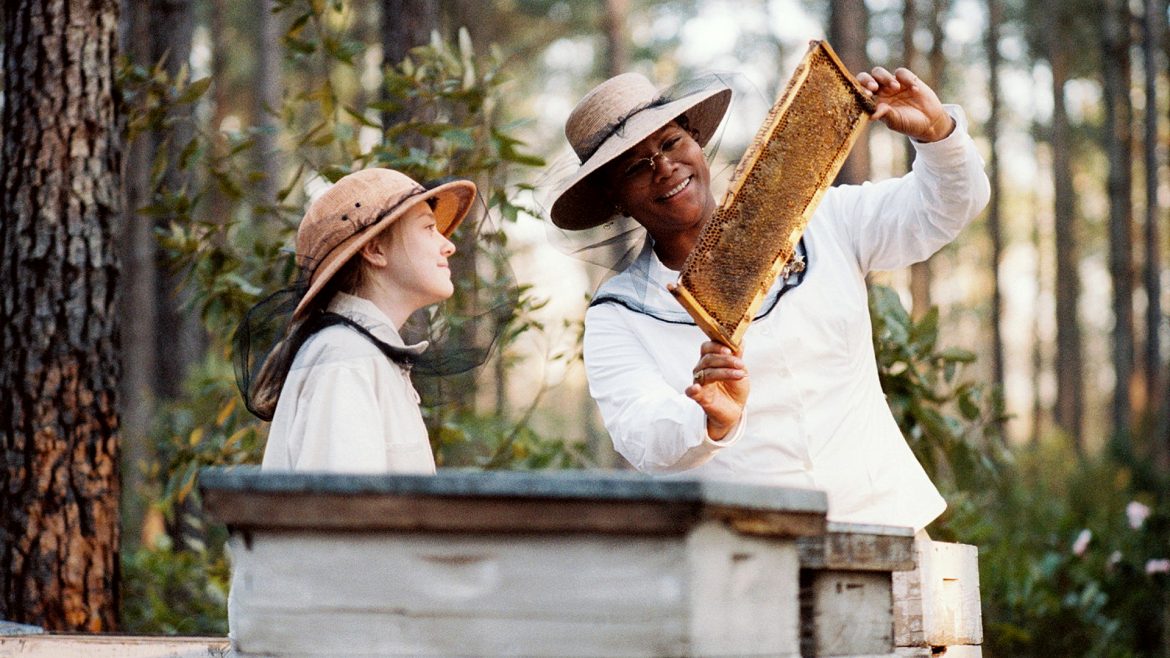 The Secret Life of Bees is the story by Sue Monk Kidd about a girl named Lily Owens and her search for meaning in her life. She searches for solace in the company of Rosaleen, a black woman from her father’s hometown who is also her housekeeper. The novel has been nominated for various awards and includes many unique quotes. Here are some of our favorites.

“At night I would lie in bed and watch the show, how bees squeezed through the cracks of my bedroom wall and flew circles around the room, making that propeller sound, a high-pitched zzzzzz that hummed along my skin. I watched their wings shining like bits of chrome in the dark and felt the longing build in my chest. The way those bees flew, not even looking for a flower, just flying for the feel of the wind, split my heart down its seam.”

Throughout the book, there are many references to bees that represent the core of the story, such as the strength of the queen (females/mom) and the relationship between bees (maternal connections). The symbolism is very beautiful. This book is filled with bees and honey and love and loss.

“Nobody around here had ever seen a lady beekeeper till her. She liked to tell everybody that women made the best beekeepers, ’cause they have a special ability built into them to love creatures that sting. It comes from years of loving children and husbands.”

“Well if you have a queen and a group of independent-minded bees that split off from the rest of the hive and look for another place to live, then you’ve got a swarm.”

“A worker bee is just over a centimeter long and weighs only about sixty milligrams; nevertheless, she can fly with a load heavier than herself.”

“Honeybees depend not only on physical contact with the colony, but also require it’s social companionship and support. Isolate a honeybee from her sisters and she will soon die.”

“The Secret Life of Bees” is a novel that focuses on the lives and relationships between three generations of African-American women. This well written story features some very important themes, such as love, family bonds, gender roles in society during this time period (the late 1960s), racial segregation/racism within both white and black communities at the time – which includes many scenes with quotes about bees like “women made the best beekeepers ’cause they have a special ability built into them to love creatures that sting. It comes from years of loving children and husbands.”

The book does an excellent job incorporating the theme of spirituality through its depiction of bee life where they work together for survival when one dies or becomes sick. It also explores motherhood in different ways than most other books do because it incorporates so much about sisterly love but also sibling rivalry too along with exploring adolescent development due to Lily being thirteen years old when she first leaves her abusive father’s home.

“I climbed into the honey wagon with my hair uncombed, with May handing me buttered toast and orange juice through the window and Rosaleen sticking in thermoses of water, both of them practically running alongside the truck while August rolled out of the driveway. I felt like the Red Cross springing to action to save the bee queendom.”

“Putting black cloths on the hives is for us. I do it to remind us that life gives way into death, and then death turns around and gives way into life.”

″Covering the hives was supposed to keep the bees from leaving. You see, the last thing they wanted was their bees swarming off when a death took place. Having bees around was supposed to ensure that the dead person would live again.”

The Entire “The Secret Life of Bees” Story Explained

In the novel, “The Secret Life of Bees,” the main character, Lily Owens, is a 14-year-old girl who has just lost her mother. She’s not doing well in school and she doesn’t feel like she belongs anywhere; with her father, who she barely knows and resents for remarrying so soon after her mother died, or in the black world where she was born and raised.

“He will use the word “love”, and the world will not stop spinning but go right on in its courses, like the river, like the bees, like everything.”

And then she finds a whole new life with an African American family who are honey farmers living in the South. They all seem to understand her on some level that no one else does. The story follows Lily as she turns from a grieving girl into a woman with a cause–the fight for equality among blacks and whites in 1960s America.

“July 1, 1964, I lay in bed waiting for the bees to show up, thinking of what Rosaleen had said when I told her about their nightly visitations. ‘Bees swarm before death,’ she’d said.”

“Most people don’t have any idea about all the complicated life going on inside a hive. Bees have a secret life we don’t know anything about.”

The story tells about a family in the early 1960s, living on an Arkansas plantation. Lily is struggling with her grief over losing both of her parents within weeks and feeling like she can’t move forward; for example, when she sees all-white families at church and wishes that hers was there too.

However, through speaking to Mr. Dubose from their old neighborhood who gives them some money as well as visiting his house where they find out he’s been hiding black people during the time of segregation (they also see how comfortable Mrs Jakes is), Lily starts to feel hope again — “the hope that maybe things could change.” She realizes not only does America need desegregation but also herself personally needs it because otherwise what are we fighting for?

How The Secret Life of Bees Changed My Perspective On Life

Novels usually have an underlying message that is meant to transcend the pages and touch your heart. This isn’t a new idea. It’s how books are able to act as a mirror for our society and also tell us about ourselves. The movie and the novel, “The Secret Life of Bees” do this in many different ways with bee quotes and bee-centric scenery.

I decided to end this article with two quotes that really touch deep and often leave me speechless. I hope you have enjoyed the quotes from “The Secret Life of Bees” and if you haven’t had a chance to read the novel, you will give it a go.

“Place a beehive on my grave

And let the honey soak through.

When I’m dead and gone,

That’s what I want from you.

The streets of heaven are gold and sunny,

But I’ll stick with my plot and a pot of honey.

Place a beehive on my grave

And let the honey soak through.”

“I hadn’t been out to the hives before, so to start off she gave me a lesson in what she called ‘bee yard etiquette’. She reminded me that the world was really one bee yard, and the same rules work fine in both places. Don’t be afraid, as no life-loving bee wants to sting you. Still, don’t be an idiot; wear long sleeves and pants. Don’t swat. Don’t even think about swatting. If you feel angry, whistle. Anger agitates while whistling melts a bee’s temper. Act like you know what you’re doing, even if you don’t. Above all, send the bees love. Every little thing wants to be loved.”

Beekeeping Course for Beginners in Clark County, Ohio: Everything You Wanted To Know But Were Afraid To Ask!

How to Make The Perfect Mango Lime Frozen Yogurt With Honey: Taste of Summer Recipe

Interesting Facts About The History of Bees From...